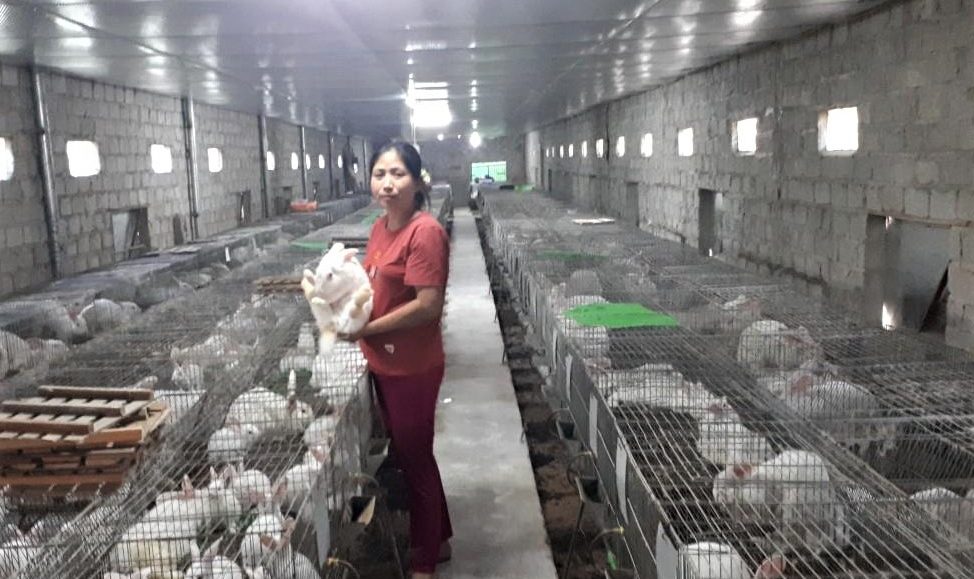 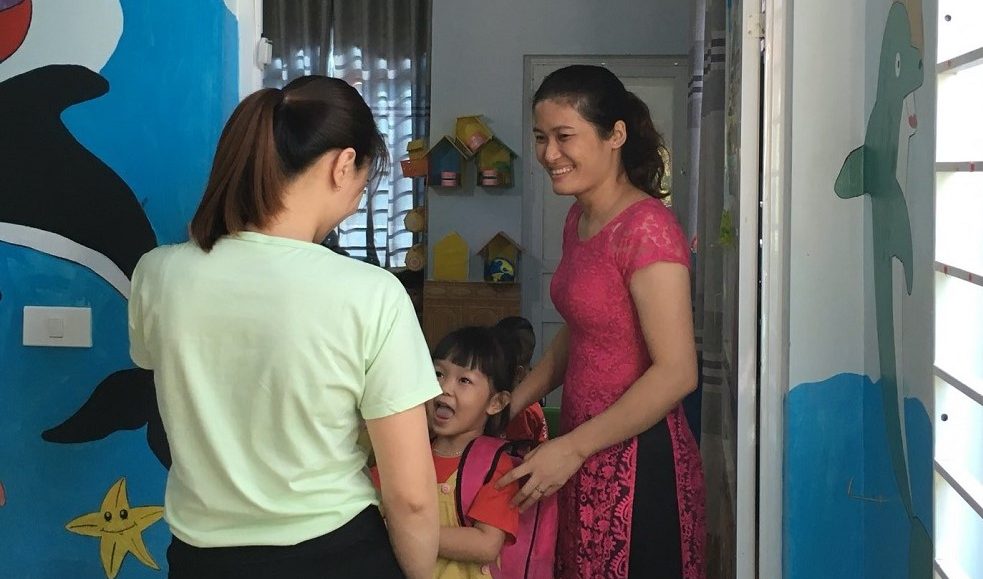 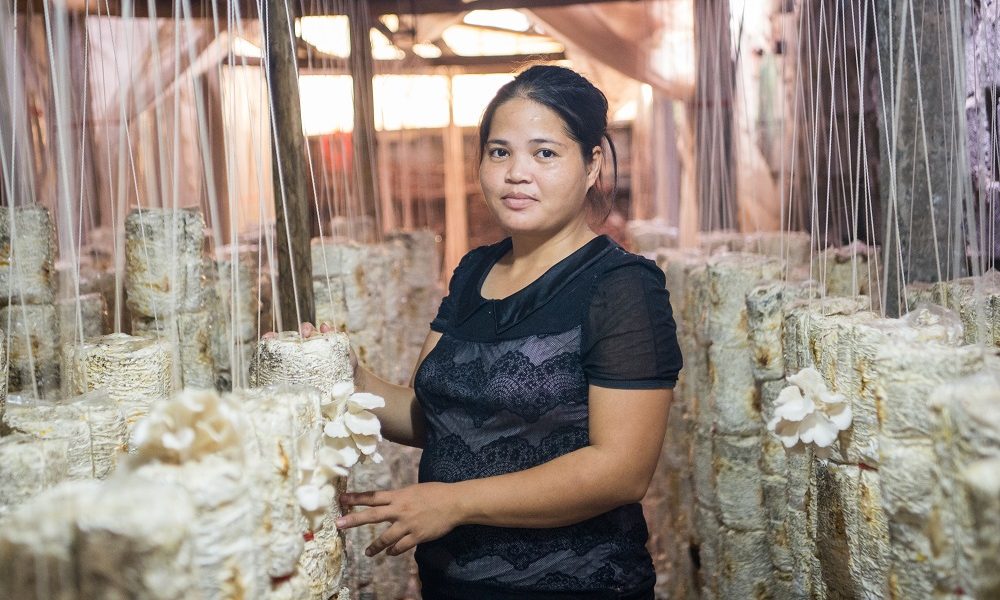 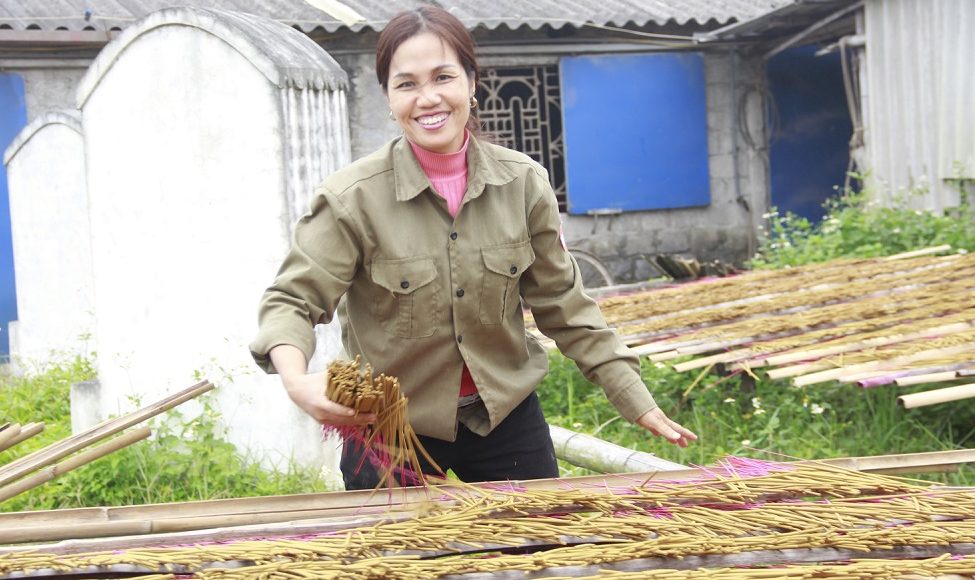 We paid a visit to the Hung Phuong sawdust pellet workshop on a gloomy humid day after heavy rain. The weather slowed the production of the workshop. Maybe that was the reason why Mrs. Phuong had more time to share us her life story, a micro-entrepreneur born in the countryside, with a new kind business model that’s a first of a kind in Vietnam.

Wood pellets are made from sawdust they are a cheap and environmentally-friendly source of fuel, especially in developed countries. This bio-energy has become popular as the pellets don’t produce noxious fumes and gases. This business model is still new in Vietnam despite the fact that sawdust is abundant. Therefore, starting with little information about producing wood pellets on the Internet Mrs Phuong and her husband, taught themselves how to produce pellets that made clean energy for poor families.

The start-up was founded in 2009. The couple studied the market, outputs, and inputs and developed machines. They admit that It was the toughest time of their lives, as they had very little money and couldn’t buy an expensive imported machine that worth several billion VND.

With the help of her husband who is an engineer and her father who is a skilled mechanic, they created a machine system capable of making wood pellets. Instead of importing machines, they attempted to invent something new that was both hard and time-consuming.

After much research, testing, failures and readjustments, the couple successfully built their own manufacturing model. Their machinery was not only inexpensive but also convenient and suitable for conditions in Vietnam. After that, they started their production plan and introduced this bio-energy product to the market. At first, they did not sell but gave their neighbours the products to help them get used to this new kind of energy, and then gradually wood pellets were introduced into the market and spread out to other provinces. The use of wood pellets goes together with a specially designed smoke-free stove; this made the introduction of wood pellets to the market more difficult and costly than expected. The family’s poor finance conditions plus the never-heard-before idea of the business project made it more difficult for the couples to take out loans from commercial banks.

Fortunately, in 2012, Mrs Thanh was able to borrow a loan from TYM. This capital together with the capital that the couple borrowed from their relatives helped the business to increase production, promote and bring the pellets to the market. The capital was not very much, but with their determination and gradual investment, gradually their wood pellet workshop became well-known and received its very first orders.

Today as a mature member with a 600m2 workshop and 15 employees she continues to borrow credit from TYM. On average, Mrs Phuong’s family business produces two to three tons of wood pellets per day. Their wood pellet products are widely used not only in Thai Nguyen but also in many other provinces such as Yen Bai, Lang Son, Da Lat, Binh Duong, etc. Wood pellets, together with their invention of machinery system, received many innovation awards in Vietnam. Recently, they have transferred the technology to other factories and even helped them to sell their outputs. Mrs Phuong said that only thanks to TYM’s initial investment that led to their success today in such a sceptical environment. In the days ahead, they will continue to upscale manufacturing as well as make use of other alternative resources such as straw, rice husk, shavings, and so on.